A message to our customers

We offer only private tours with just your friends and family, along with your private guide for a unique and personal experience.
Tours limited to no more than 9 guests 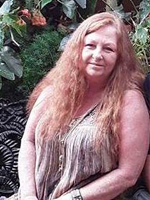 Pepper Parris is a true oddity in Asheville. She is actually a born & raised LOCAL! Pepper heard her first ghost stories about downtown Asheville at the age of 4 when her father relayed to her mother that he had witnessed apparitions. They were of veterans, and he same them vanish into the early morning fog on the sidewalks of Haywood Street. She heard her first ghost tours in Irish castles in the 1970's while attending college at Trinity University in Dublin. From there her intrigue and interest in the paranormal was peaked. She began her touring career in 1992, conducting walking history tours in downtown Asheville for 5th graders in the school district. She conducted her first ghost tours in 2000 for Ghost Hunters of Asheville. In 2012, she started her own tour company in downtown Black Mountain, a spooky little railroad town just east of Asheville, which is still in operation. In June of 2017, Pepper assumed ownership of Ghosthunters of Asheville and she is thrilled to be back touring in Asheville. Pepper is a folk storyteller, and a stickler for accurate history, all while she relays ghost tales that have been told by locals for more than 100 years. 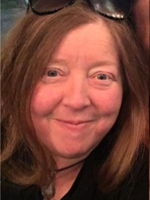 Alicia (Corbin Knighten) is an Asheville native and Appalachian mystic. Born and raised in the mountains of Western North Carolina, Alicia brings forgotten knowledge of the Old Ways & traditions. She makes her living as a singer/songwriter, a storyteller, a native plant and root forager. And for almost a decade, Alicia taught classes in paranormal studies at Isothermal Community College. She will open your eyes and drop your jaws with her special blend of storytelling and deep-rooted knowledge of the old ways & traditions!

A native Iowan, Deb was a college Public Speaking instructor for 8 years. She is in her 5th year of ghost hunting. "There's no end to the journey," she says. "There's always something new to learn, to investigate, to question." Deb is an avid researcher in finding and authenticating new Asheville ghost tales and is a member of the Asheville Paranormal Society. See her blog for updates on ghostly experiences. 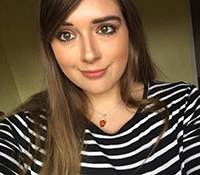 Lindsay Harrison grew up in Lynchburg, Virginia at the other end of the Blue Ridge Parkway. She joined Ghost Hunters of Asheville because she has enjoyed a life long love of history and a keen interest in the paranormal. She's worked in two of Asheville's most haunted historic buildings, The Grove Park Inn and Pack's Tavern. An avid reader, Lindsay is constantly studying and absorbing the local color and history of downtown Asheville. When not looking for spirits, Lindsay enjoys being Mom to her precious daughter, Jasmine, and wife to hubby Justin.

Susan Firer and Jim Hazard of Milwaukee, WI say: "How could we know this would be our favorite night in Asheville? Architecture, history, camaraderie, an incredibly informed guide,the supernatural at every corner. Really, a terrific way to see Asheville After Dark. We couldn't recommend it enough."
The Besimpki's of Boston, MA on Trip Advisor says: "My family and I went on a tour and had the best time! Even if you're not the biggest believer in paranormal activity, it was a great tour of the city that included lots of historical, and sometimes murderous, stories of Asheville's past."
Kim W. of Las Vegas, NV says: What made this tour stand out from the dozen or so other ghost tours we have enjoyed is that our guide Todd was not only an expert in his local history and architecture but he brought along equipment for us to use to "ghost hunt" ourselves. It was so much fun to see the instruments reacting while they were in your own hands!! Great stories and facts, beautiful city, and personable guide. Very worthwhile.
Asheville
We meet in lobby of ALOFT Hotel, downtown Asheville, 51 Biltmore Ave. Parking is available inside hotel (entrance on Biltmore in front of Aloft) - 1st hour FREE, 2+/hrs at $1.25/hr.
Montford
Just across I240, north of downtown Asheville. 267 Montford Ave. Go thru 2nd red light, past restaurant, see park bench on right at the bus stop.
Black Mountain
Heart of Downtown Black Mountain, 12 miles east of Asheville on I40. 122 Cherry St. We meet at the park bench in front of the Dark City Deli.
×
Modal 1 content